The Cinder team is proud to announce the latest release, version 0.9.1. It represents quite a bit of work from volunteers from all over the world, and is comprised of over 1,700 code commits from 43 authors. Some highlights are as follows.

Official support for Linux is perhaps the most significant addition in version 0.9.1, and Cinder users have already been deploying it for everything from video walls to cloud rendering. In addition to supporting desktop Linux, this release includes support for ARM-based SoC's like the Raspberry Pi, Dragonboard 410c, and NVIDIA's Jetson TK1. 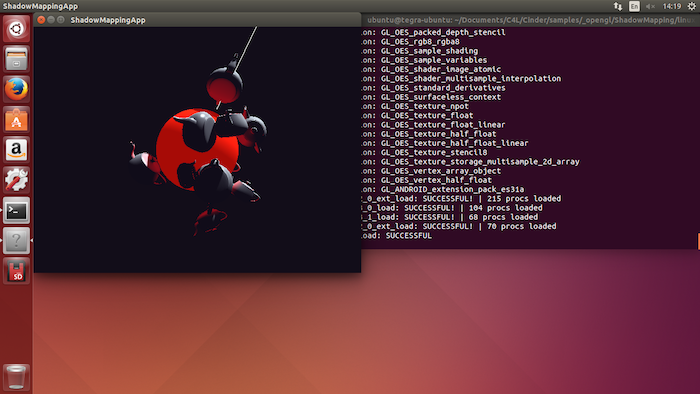 The integration of the popular cross-platform build tool CMake is another substantial improvement in Cinder 0.9.1. Cinder supports building with CMake on Linux, macOS, and there's ongoing work to add support for other platforms. To read more on Cinder's CMake integration please refer to the relevant documentation.

This release also marks Cinder's first steps toward proper continuous integration testing. Linux, macOS, and iOS are all tested through Travis-CI, and Windows is tested on the 0.9.2 branch via AppVeyor. Github integration marks commits and pull requests as passing (or failing) unit tests across these platforms.

A number of new samples are included with this release, including an interactive visualization of CameraPersp, and level-of-detail techniques implemented using multiple OpenGL tools including atomic counters and indirect draw.

Cinder's Shape2d class now includes methods for determining distance-to-point and the closest point on the path. This release also improves the numerical robustness of Shape2d's contains() method. These improvements are particularly relevant to signed distance field rendering in the 2D case, including rendering text. 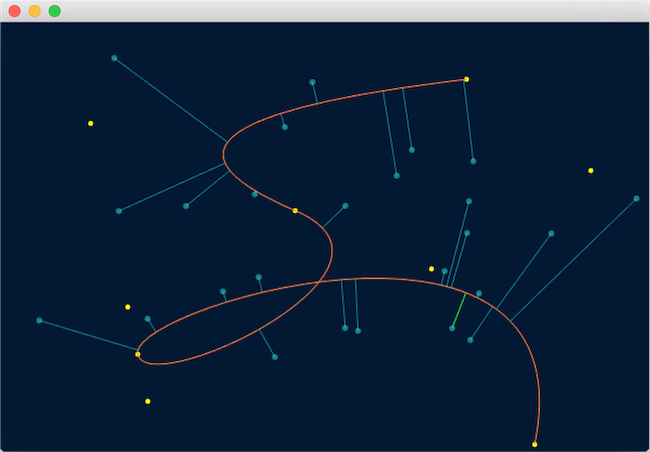 We've made a couple of changes to the locations to which Cinder static libraries are deployed in order to simplify build configuration variables. TinderBox of course already generates projects with the correct paths, but if you're porting an existing project to 0.9.1 please keep an eye out for this. The changes are summarized in this Discourse post. Additionally, we've done a little bit of housekeeping with regards to platform-specific macros, which are documented here.

This release also includes a rewritten OSC and TUIO implementation designed to use ASIO, and many other improvements and additions - too long a list to enumerate here. As always, you're encouraged to join us on the active development going on our github repository and the Cinder Discourse forums. We hope to see you there.